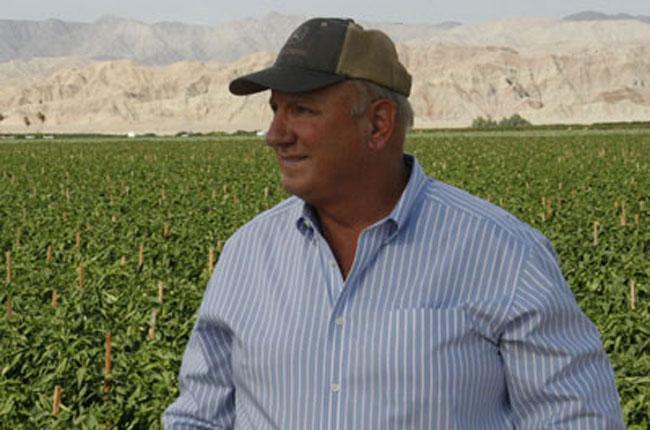 Primetime International
"We want to make dust, not eat it."
Coachella, California
History:

Hailing from a farm outside of Davis, Calif., agriculture is in Mark Nickerson’s blood.

“I grew up in the country. I lived on a farm as a young man and that’s where I got the bug.”

In high school, Nickerson would spend his summers working on a farm in Tracy, Calif. before attending Fresno State University where he earned his Bachelor’s of Science degree in agribusiness and agronomy.

In 1992 , after working in various roles in the agriculture industry and selling his first company, Nickerson and partner Carl Sam Maggio saw their opening and started Sun and Sands Enterprises. We just wanted to start a small produce company, Nickerson said as he recalls starting up with less than ten employees.

While working with Sun World (who purchased their first company), Nickerson and Maggio became acquainted with and mastered the growing, packing and shipping of sweet peppers. No one else was producing peppers on a grand scale, and the two innovators recognized the opportunity before them. Today Primetime International (in 1996, they decided to marry the company name and the label name) is the largest producer of peppers in the United States providing a year-round supply to their buyers.

With Nickerson front and center, the agriculture community in Coachella started a local chapter of the Boys and Girls Club. Nickerson has also helped ensure those less fortunate can also partake in California's plentiful bounty.

"We helped Hidden Harvest (a produce recovery program that employs low income farm workers to rescue produce that is left behind in the fields and orchards after harvest) get launched," Nickerson said.

"This community has been so good to [agriculture], I think we should give back, and it's really quite rewarding."