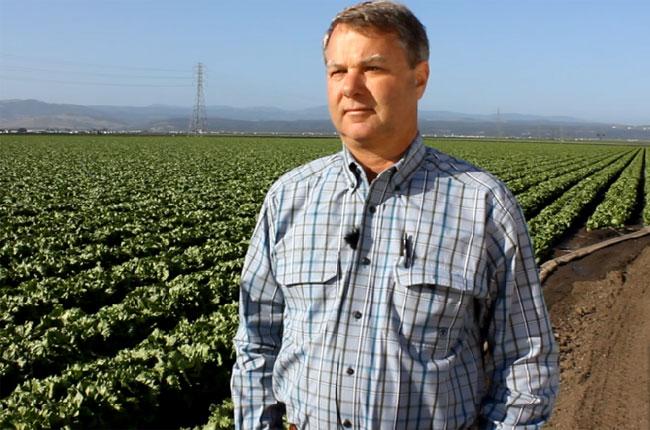 “There are no experts in agriculture. You learn something new every day.”
Family:

Bardin Bengard can trace his roots in the Salinas Valley back more than 150 years as both sides of his family migrated to the area in the 1850s. Both of his great, great grandfathers were in the farming business with cattle as their main crop. His father, Tom Bengard, was the first member of the clan to move the family business toward fresh produce.

“My father started farming crops in 1961 with my mother’s brother. They eventually split and each went their own way but that was the beginning of our family being in fresh produce.” Variety Is the Spice of Life: Bengard Ranches has been a diversified farming operation ever since.

The company both markets its own crops and has grown for many of the well-known Salinas shippers over the years. “My Dad grew lots of different things including lettuce, broccoli, sugar beets … he was one of the last guys to grow potatoes in the valley.”

Entry into The Shipping Business: “We got into the shipping business because my Dad planted a crop for one shipper who ended up not taking it so he had to market it himself. We’ve been selling ever since.” The company markets about half of what it grows.

Farming as a Career

"My family background helped me in focusing on farming and ranching as being my career choice. I guess there is something to having that dirt ground into your soul and seeing nature at work. I did not know if I would be entering the family business or striking out on my own, but I always knew that this was the business for me. My decisions directly impact the outcome and those crops you raise tell you if you are making the right ones. I received my degree in agricultural and managerial economics from U.C. Davis and my masters from Cal Poly San Luis Obispo. I was also able to temper my education with experience gained from working in a variety of positions, from irrigator to CEO.”

Bardin worked for the family firm as a field man for their bulk lettuce harvesting operation, eventually working with the harvest crews traveling up and down the state following the crops and the seasons. He did that for 10 years and found it to be a great education. However, he wanted to try his hand at something else and so he and his wife, Pam, and their four kids – Bridget, Bardin, Sarah and Christian –moved up to Cottonwood in Northern California to run the family’s cattle operation in the mid-1990s.

“We had a great experience up there for five years raising our kids. But in 2000, my Dad said he wanted to sell the business, so if I wanted to buy it, I had to come home.”

Bardin did come back to the family farm and with his two younger siblings, Tracy and Tom, they bought the family operation and became its shareholders. Bardin is CEO while longtime employee John Harrington is the general manager. Brother Tom is a farm manager while sister Tracy is a partner but is not actively involved in the day-to-day operation. Father Tom still has an office on the premises and still comes in often. The company has diversified geographically as well as crop-wise with farming operations throughout California as well as in Florida and Mexico.