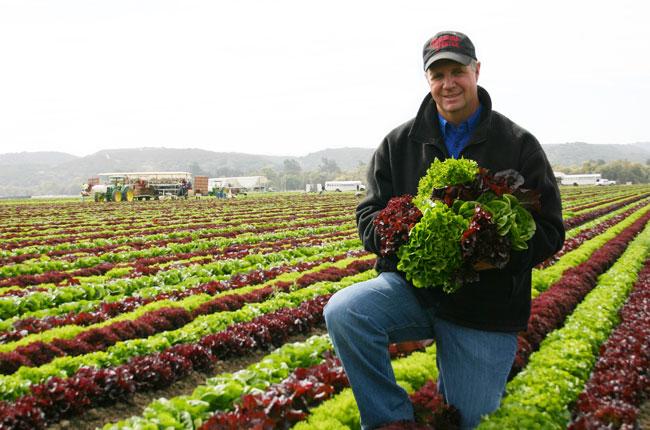 “I was at Colorado State and had about a year to go,” he said, “when my father and brother (Bob and Rick Antle) approached me and gave me the opportunity to join with them and the Tanimuras in a new company they were forming – Tanimura & Antle. They told me if wanted to be part of it, I had to hurry up and finish college and come back home.”

In short order, Mike Antle returned to Colorado State, took a full load in summer school and graduated a semester early, with his degree in horticultural food crop production. As a full partner he inked his name along with the others on a $2 million operating loan, and hasn’t looked back since.

He clearly enjoys his work and is happy about the decision he made.

While T&A formed in 1982, the Tanimura and Antles have a relationship that dates back much further. Bud Antle, Mike’s grandfather, founded the firm that long carried his name, and the Tanimuras were the shipper’s number one grower. The relationship between the Antles and Tanimuras remained through the years even as the company was sold to a corporate partner. “When my dad’s non-compete expired he was working for Castle & Cooke in San Francisco but wanted to get back to Salinas,” said Mike Antle. “And the Tanimuras weren’t exactly thrilled with the situation they had so it was a natural to hook up again.”

With his degree in crop production, it was also natural for Mike Antle to become involved in that aspect of the organization. His job to this day is taking the crops that are grown by the firm’s growers from harvest to the cooler. He has seen T&A go through many changes in those years and he has diligently worked to improve the efficiency of his part of the operation. He talks with great excitement about the improvements that have been made to help create efficiency to increase “the returns back to the ranch” – a phrase he says over and over again that is obviously a driving force in his decision making.

“Harvesting the crop is my specialty,” he said. “We’ve been very successful in adapting harvesting aids to improve our efficiency.”

And then he quickly rattles off some numbers illustrating just how successful the firm has been. “We used to harvest about 1200 cases in an eight hour day with one crew. Today with less people we can do 3,000 cases in that same shift.”

He added that the production comes from less land also as T&A has been able to reduce the acreage it farms by 25 percent while increasing its production. “We do that with better cultural practices and by selecting the best ranches and the best growers to produce our crops.”