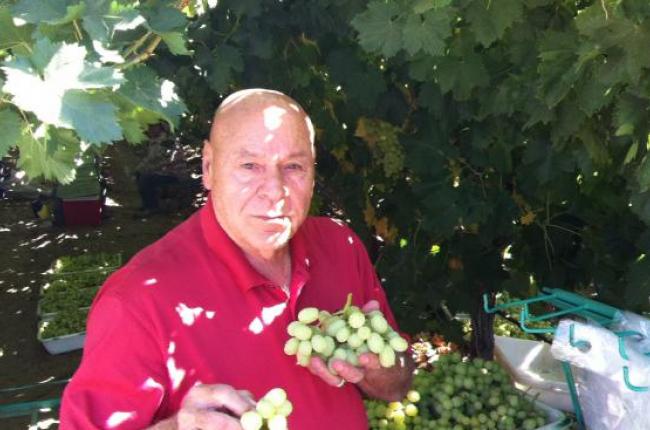 Anthony A. Bianco's immigrated to the United States in the 1920s from his native Italy as an 18 year old and began working as a fruit peddler in New York City. Soon he graduated from a push cart to a truck and eventually a permanent slot on the New York Produce market. “He became a commission merchant for wine grapes, selling them through the New York produce auction,” said Domenick “Cookie” Bianco of his father.

The elder Bianco bought those grapes from California which he visited often in those early years. In 1942, he decided the Golden State was a better place to raise his family, which included eight kids (four boys and four girls), and he moved to the San Joaquin Valley. “The two oldest boys were in the Service and my dad thought it was a great time to move,” said Cookie Bianco. He sourced the grapes directly and continued to sell them to consumers through his New York office.

After settling in California, Anthony Bianco formed several companies with partners including Bi-Mor Farms and Bianco Fruit Corporation to market the produce he sourced. The companies did so well that in 1958, the prestigious New Yorker magazine did a feature on Bianco anointing him “Juice Grape King of the United States.” But in 1967, Anthony Bianco died and two years later the company went bankrupt because of the California grape boycott led by Cesar Chavez.

A few years later, as a tribute to their father, his four sons landed back on their feet and bought 160 acres of grapes in the southern San Joaquin Valley. They named their operation Anthony Vineyards after their father. More than 40 years later, that operation has grown exponentially and become a vertically-integrated firm with growing operations in several regions and hands in several crops including table grapes, peppers, citrus and dates.

Cookie Bianco has a diverse career in the produce industry. Besides always being involved with his brothers in Anthony Vineyards, he was also a partner in the founding of Sun World. In fact it was Anthony Vineyard grapes that Sun World shipped in its early days. It wasn’t until Bianco came back to Anthony Vineyards on a full time basis in 1992 that he launched a sales office at Anthony and the company began selling its own grapes. To this day, he maintains a very close relationship with Sun World partner Carl Sam Maggio, who is a partner in Prime Time International which markets the Bianco family’s pepper production. The company also is a major producer of dates which are sold through SunDate.