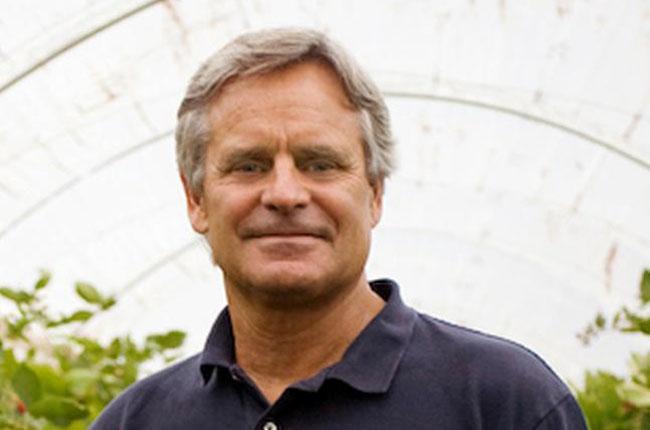 Reiter Affiliated Companies
“We practice honesty, fairness and respect which I believe is very visible and empowering with all whom we work.”
Santa Barbara, Calif.
Family:

When Garland Reiter speaks about his life and what he has experienced and accomplished, a common thread emerges. Connecting his life’s journey is the sincere regard he shows the many people with whom he has formed partnerships. His brother, Miles Reiter, CEO of Driscoll Strawberries (the sole customer of Reiter Affiliated Companies - RAC) and Garland officially became partners in the late 1970s following the death of their parents in a plane crash.

“Miles and I are partners on everything we do in farming,” says Garland. In the early years, Garland concentrated his work in the south while Miles focused on the north. Miles now devotes all of his time with Driscoll, while Garland runs the RAC farming in all areas.

People are important to Garland and he has helped many start their own farming businesses. Starting in the 1980s the company’s pattern of “broadening the business footprint” was established with the first partnerships in San Diego and then in Florida. Today, there are 24 partnerships in place, begun for the most part by people who had worked with him and his brother in the organization. The 1980s were important to RAC as they laid the groundwork that contributed to the company’s growth from several hundred acres to 9,000 plus acres across many geographies including Mexico and Portugal.

Reiter speaks of three things that made a difference: the initiation of partnerships; the geographic diversification of farming raspberries and strawberries; and the genetic development of raspberries. Joe Reiter, father of Miles and Garland, had started a raspberry program in the 1950s. He worked to develop new varieties that were very unique to California. Until then, most breeding programs were in colder countries. But that program had been dormant for many years, when the Garland and Miles resurrected it in the early 1980s. They put that raspberry program back into the business plan, and then merged research and development efforts with Driscoll subsequently earning 85 percent of the market share for raspberries. They also started working on blueberries and blackberries.

The inclusion of more types of berries became an important marketing component of the business as did the incorporation of better technology. One of the most important new ones was the hoop and tunnel technology whose introduction into the United States from Europe was spearheaded by Garland.

In the early 1990s, RAC began growing in Mexico in addition to Florida and California. The company now has operations in Baja, central high lands of Mexico, and in Portugal, (a strategic location that reaches the European market).

The Reiters are also spearheading an industry-first in self-funded health benefits for their employees. Earlier this year, they opened four primary care health clinics in Santa Maria, Oxnard, Watsonville and Salinas staffed with bi-lingual nurse practioners and doctors, supplemented with pharmacies for both prescription and over-the-counter medications. There are no doctor visit co-pays for employees and the prescriptions are included with the employee’s nominal weekly contribution to the program, which at their election covers them as an individual or whole family. Eighty percent of employees are enrolled in the program from field workers to administrative staff, and it is being well-received by all.

“The most exciting thing we have done is how we have built on the trust and respect of our workforce and the understanding of their culture with this program,” said Reiter.