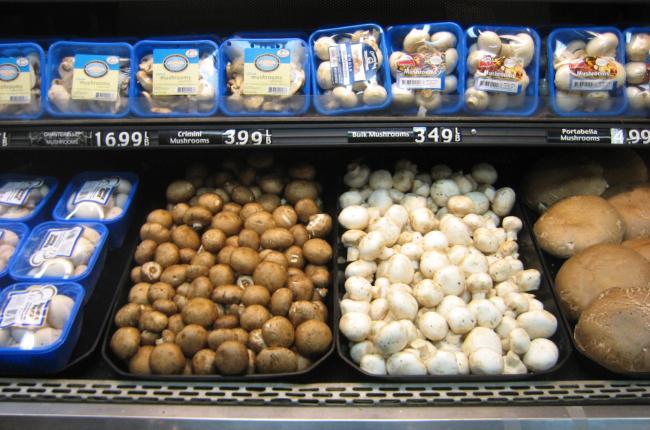 We have all been in the line of fire. Somehow, we end up on the wrong side of a sneeze, cough, or wheeze. Somehow we end up having to shake hands with the ill colleague or sitting next to the mom with running-nose child. We are nearing the end of flu and cold season, which is considered October through May, with its peak in February in the United States. That’s a nice long time to be able to contract whatever your coworkers or kids have.

Wouldn’t it be nice if you could increase your chances of avoiding illness? Well, you can! Along with the ordinary daily routines of washing hands, avoiding those who are ill, and disinfecting like a madman, a change in diet can keep you healthy year round!

Yes, chicken soup can sooth the soul and yogurt, tea, and fish have a plethora of nutrients that help ward off illness; however, when researching “best foods for colds,” fruit and vegetables are the clear winner. And, guess what, citrus is not the headliner!

Bell peppers, though not obviously so, have more vitamin C than any citrus fruit; in fact, though still amazing, citrus is not even in the top five. With its crisp texture and tangy flavor, bell peppers are chockfull of everything from antioxidants to carotenoids.

Papayas and guavas are also packed of vitamin C and vitamin A, which are made in the body from the beta-carotene in the fruit. Both are required for the proper role of a healthy immune system. These exotic fruits are therefore a beneficial selection for preventing such illnesses as persistent ear infections, colds and flu.

Mushrooms are comprised of several powerful immune supportive agents, such as polysaccharides. They also increase the production of cytokines, which are cells that aid in warding off infections. There are different mushrooms that kill viruses, bacteria, or yeast.

Other notable fruits and vegetables are berries, full of antioxidants, tomatoes, full of vitamin C, citrus, which reduces the duration of illness, and the stinking rose itself, garlic, which has allicin, which produces antioxidant when it decomposes.

Every fruit, vegetable, and nut does its part to better your body....the best medicine in the world.